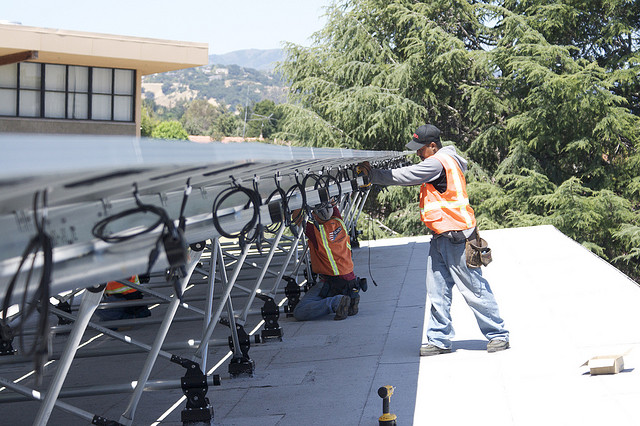 Sacramento, Calif. – Dec. 2, 2014 – A coalition of businesses, organizations, public officials and other community leaders, similar to the group that formed to defeat Proposition 23 in 2010 which would have killed the state’s clean energy and climate law (AB 32), has launched a new effort known as California Delivers. This collection of diverse voices is calling on state lawmakers and the governor to prioritize protecting California’s clean energy law (AB 32) from ongoing attacks and extending the benefits beyond 2020.

“The band is getting back together and we are singing the same tune – Californians want clean air and clean energy investments, and AB 32 is delivering on its promise. We need to keep the law on track and extend its benefits for years to come,” said former Assembly Speaker and AB 32 joint author, Fabian Nuñez.

“California’s growing clean energy economy is critical to creating jobs, improving public health, and making our communities safer and more livable, and protecting consumers,” said State Senator Fran Pavley and AB 32 joint author. “Of course, we always envisioned that the law would continue until the job was done. We need to be committed to extending the many benefits of AB 32 benefits well beyond 2020.”

California Delivers is a coalition of businesses, workers, community and faith leaders, and advocates for public health, consumers, low-income families and the environment (see a full list of supporters here).The coalition is committed to defending standards that already are giving us cleaner air, healthier communities, a strong economy, less reliance on petroleum, and investment in the communities that need it most.

“The growing energy efficiency and renewable technologies sector is contributing to a healthier economy, thanks to our state’s forward-thinking clean energy policies,” said Jason Anderson, President of Cleantech San Diego. “AB 32 is stimulating investments in California and creating jobs, all while benefitting the environment.”

“By tackling climate change, we’re protecting our way of life – making our communities safer, cleaner and more livable,” said Maria Teresa Santillan-Beas, Councilmember, City of Lynwood. “The commitments and investments we make today can keep the taps and traffic flowing, make our cities healthier for our children, and bring jobs to working class families.”

Starting this year, $832 million in proceeds paid by carbon-intensive industries will be invested in projects that further the goals of AB 32, including:

Some of the benefits AB 32 already is delivering:

“California’s climate policies are reducing carbon emissions, saving consumers at the pump, cutting oil use, and cleaning our air,” said Adrienne Alvord, Director, California & Western States, Union of Concerned Scientists. “It’s a clean energy and transportation future that works for all Californians. These policies are driven by scientific evidence and are a model for other states and countries to follow.”

“Any delay in the program is a delay in cleaner air and improved health,” said David Tom Cooke, MD, a lung surgeon in Sacramento and physician volunteer of the American Lung Association in California. “Too many of my patients surviving lung disease are being sickened by air pollution. We need AB 32 to keep saving lives now and into the future.”